Much like Alice, every now and again someone says to me: "you still doing that newspaper thing"? Yes, yes I am! Still!

It's year five now, pretty much. I didn't think I'd ever do a thing this long. I might never again. But it turns out businesses are hard, especially when they involve atoms and even more so if you want to be profitable, legal and have good customer service. Not that much of that is to do with me.

We've just launched one of the things I naively thought we'd be doing in the second year: selling print-on-demand newspapers from our site, with a nice profit sharing arrangement. This means you can, for example, grab a bunch of your favourite posts from your blog, put them into ARTHR to do a quick layout, print a single copy to check it all over, then start selling it from our site. We take our cut and send you your cut shortly after.

And we're running a small beta test of a personalised newspaper service. I can't say too much about that yet (other than it's a lot of fun), because we're still working out the shape of it, but if you think something like that might work for [your large media organisation], we should have a chat. 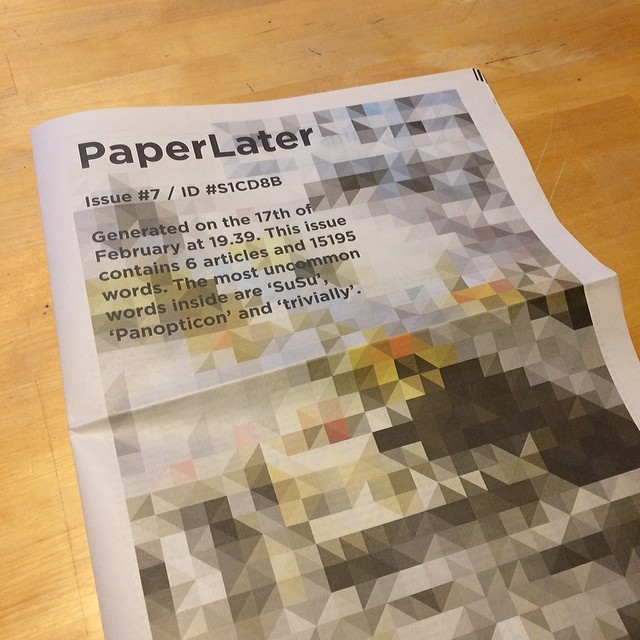