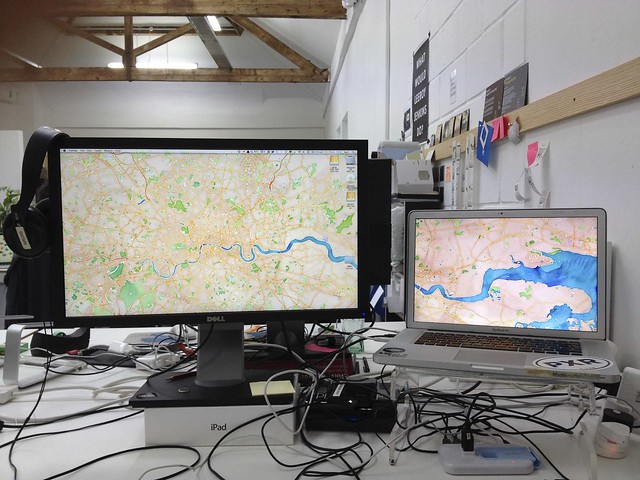 A handful of people have asked me what happens to the images that Satellite Eyes produces, and how to get hold of them.

There's nothing particularly magic going on: they're just normal files on your disk, and the recent ones are kept around to make sure they're quick to load the next time you need them.

They're stored in ~/Library/Application Support/Satellite Eyes (the ~ is your home directory). They're PNG images, called odd things like map-f41aa9f2abf22c9d9f54f0e1a5775fc0.png. (The alphanumeric name is used to indicate which file references which map image. It's an MD5 sum of map style, corner coordinates, image effect and zoom level.)

To prevent them filling up your disk, only the last 20 are kept, and anything older is cleaned out when the application starts up. If you want Satellite Eyes to never clean out old images, you can change cleanCache to NO by running the following in Terminal:

Beware, they will fill your disk up eventually! 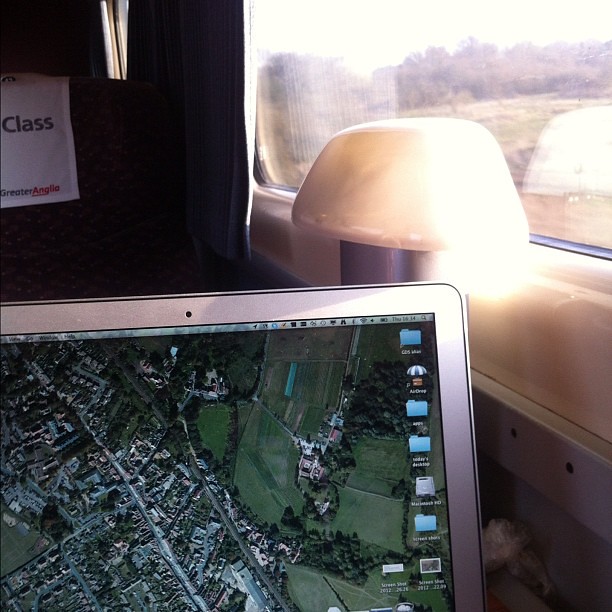 The other day I spotted a superb little IFTTT recipe which will automatically upload all the new images to a Tumblr, by passing them through a Dropbox account.

To do this you need to move the Satellite Eyes directory in ~/Library/Application Support into your Dropbox folder, and then redirect Satellite Eyes there using a symlink. The recipe notes have slightly mangled formatting, so here's what you need to run:

Activate the recipe, and voila, they should be automatically uploaded as soon as IFTTT processes them.

Incidentally, any of the Stamen map styles, including the one everyone loves: Watercolor, can be quickly turned into big downloadable images using their brand new Map → Image service.