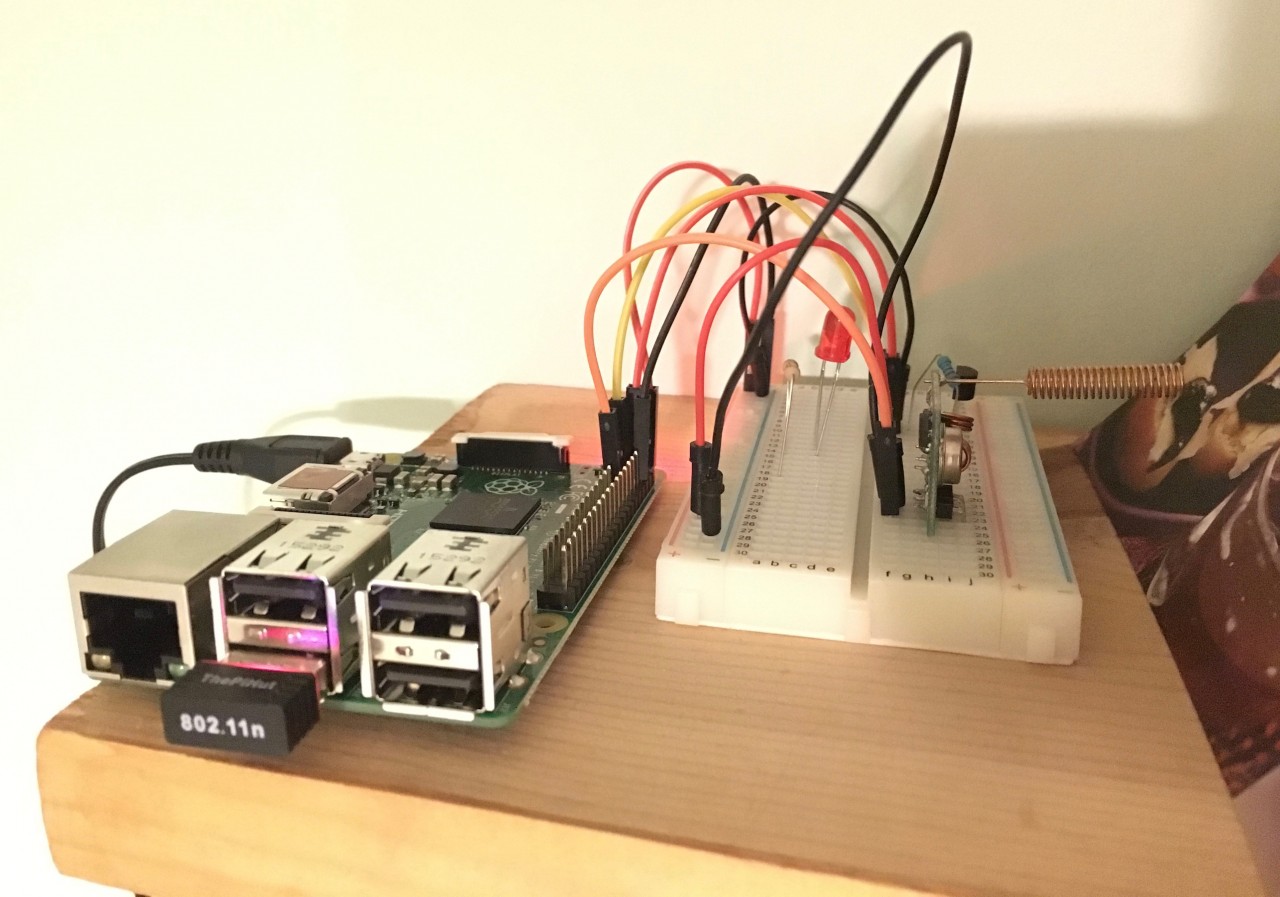 As I wrote before, I've been hacking around with my wireless thermostat. Over the weekend I spent a couple of hours throwing together some code to act as a thermostat control loop, running from a Raspberry Pi. I've shared the code on GitHub.

There's two bits: a little C executable using Wiring Pi, that sends the commands to the boiler, and a Go executable that watches the temperature from an attached digital thermometer (a DS18B20) and triggers the thing that sends the commands. (The whole thing was Go for a while, but Go is too unreliable for timing the transmission, so it seemed easiest to move that bit to Wiring Pi in C.)

The thermostat is now marginally less convenient than it was when I started, so the next step is to do what I promised with a shared calendar (not everyone in the family wants to SSH in to turn the heating on).

And it's not done until you've put it in a nice box and it doesn't look like an improvised explosive device. I've always enjoyed watching Tom put things in boxes, so it might be time to get some advice.

For a stretch goal, I'd like to poke around with HomeKit integration: "Hey Siri, turn the heating on", etc. And actually, thinking about it, that's something you can't do with a Nest.